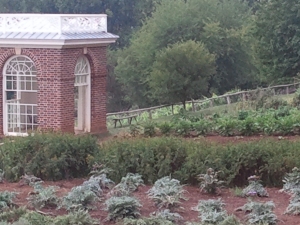 Author’s Note: In a previous post, Civility is an Ethical Issue, I explained why civility is an ethical issue. In this post I’ll explore the connection between civility and openness to learning.

Moving From Tolerance to Civility

It seems that “civility” has come to mean something closer to the word “tolerance” in everyday conversation. Civil behavior now seems to imply an aloof stance that doesn’t step directly on anyone’s toes. But that is not nearly enough. According to W. Jason Wallace, we should be “moral agents” who “share moral relationships.”

The 21st century debate over civility, whether involving politics, religion, economics, or education, will have to confront the difficult problem of what it means to be a moral agent who shares moral relationships.  To this end, shallow conceptions of civility as manners or civility as tolerance must deepen to include civility as the cultivation of virtuous habit and the right ordering of human goods.

How do we build moral relationships? One way that we do that successfully is to be open to the ideas of others, and to other world views. When we disagree with someone, it is responsible to listen to them, and to see what we can learn from their perspective. To be ready to listen and learn, we must acknowledge that we do not have all of the answers. Acknowledging that we don’t have all the answers helps us remember that other people’s ideas may be just as important as our own.

Ideally, we listen eagerly to other people’s points of view. At minimum, we need to show respect when we disagree. George Washington penned a list of Rules of Civility and Decent Behavior in Company and Conversation sometime before he turned 16 years old.  Number one on his list was:

“Every Action Done in Company, Ought to be With Some Sign of Respect, to Those That are Present.”

Admitting We Don’t Have All Of The Answers

Why is it that we disagree so strongly? Have we tried to understand their position fully? Have we remembered to be respectful and open to learning? Have we considered why they have that viewpoint? Have we thought about how their life experiences differ from ours?

When we are not open to learning, we can easily misinterpret another perspective that does not match our own as a threat. That perspective that we are actively arguing against may in fact reflect a more current, more advanced, or more ethical perspective than ours.

Failing to acknowledge that there are other perspectives on an issue (and that the people who hold them have a right to their views as much as we do) shows a lack of respect, and a lack of awareness about:

There are Multiple Perspectives on Every Issue

Responsible leaders acknowledge that there are multiple perspectives. They wrestle with complex issues. They know that any one person having all of the answers is impossible. They know that behaving in a civil and respectful way is considered part of our human responsibility.

As moral leaders who are building moral relationships, we must: step back far enough to realize the limitations of our own knowledge; commit to understanding other perspectives that go against our own views; encourage civility and respect; and stay open to lifelong learning.

For more, see new book 7 Lenses and the 21 Question Assessment: How Current is My Message About Ethics?