This is the second post in a series called “Respect, Interpreted.” Respect, Interpreted Part 1 described respect as a “structural beam” in organizations that holds the culture together. This week we’ll look at how to take two very different kinds of leadership actions that are both required for building and maintaining a culture of respect.

One or the other of these approaches will not likely be successful on its own.

If you eliminate disrespectful behaviors without communicating the respectful behaviors that are expected, people don’t know when they’re going outside of behavioral expectations until they make a mistake. This approach leaves too much to chance and can impact employee engagement and stress.

Seeing Beyond Borders and Walls

Leaders: What is Missing in Convenient Actions? Values

3 Steps For Dusting Off Your Leadership in the New Year

Building Trust: What to Weed Out

Just Say No to Ten Behaviors That Kill Competence

5 Signs Your Culture is Failing

Take a moment to evaluate the “respect structure” in your organization. How well are you requiring respectful behavior AND eliminating disrespectful behavior? Both are required for building a culture of respect. 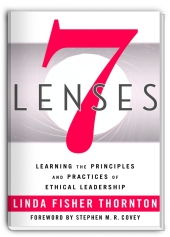